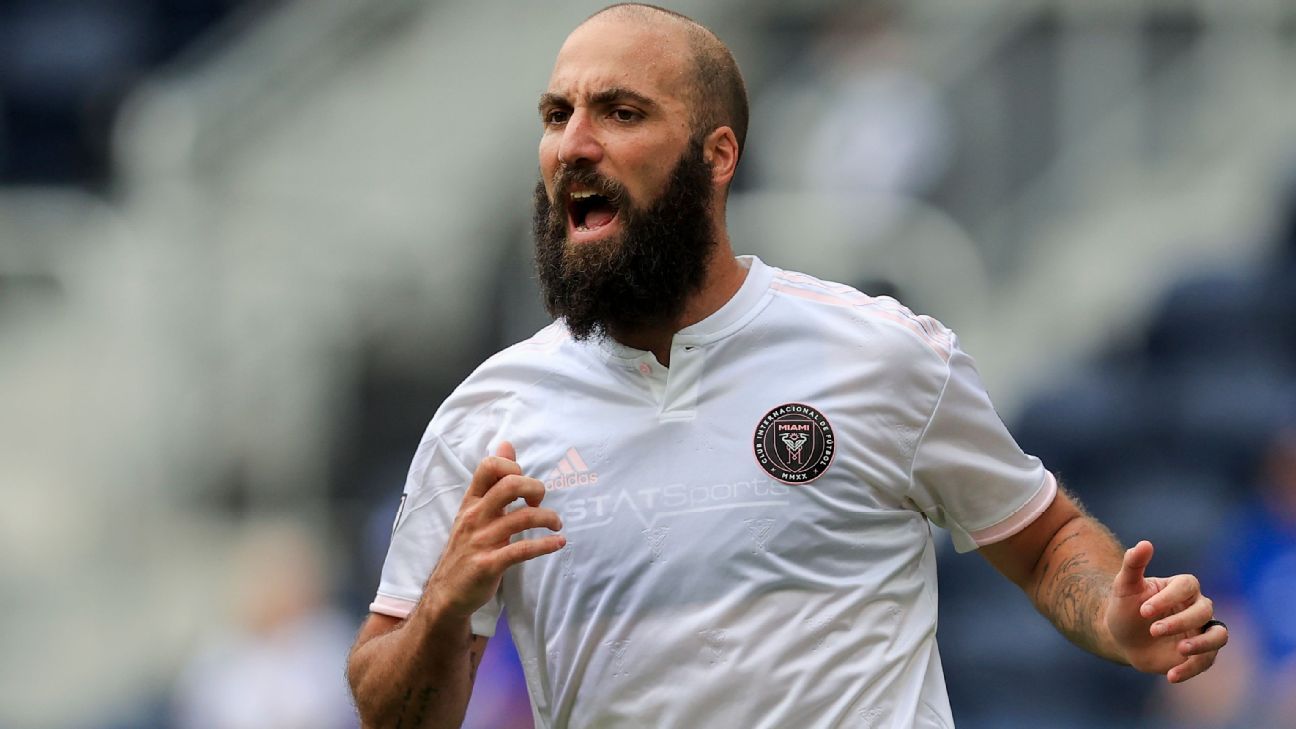 Gonzalo Higuain scored the winner in the 85th minute — moments after the opposing side leveled the match — and visiting Inter Miami CF spoiled the celebration of FC Cincinnati‘s inaugural match at TQL Stadium with a 3-2 victory on Sunday.

Down 2-0, Cincinnati (0-3-1, 1 point) stormed back with the club’s first goal at its new home pitch on a floater from Alvaro Barreal in the 59th minute. Cincinnati native Nick Hagglund then tied the match on a header from a cross off a corner at 82 minutes, much to the delight of the roughly 6,000 spectators in attendance.

However, Higuain took advantage of a tired FCC back line to convert a perfect cross into the box from Lewis Morgan, giving Miami (2-2-2, 8 points) back the lead. It was the second goal of the day and fourth of the season for Higuain, as he helped Inter halt a three-match winless stretch (0-2-1).

Miami was the early aggressor and came through on Brek Shea‘s goal seven minutes into the history of FCC’s new pitch. Off what seemed like an under-hit floater from Gregore into the near corner of the box, Shea snuck in and got enough of his right foot on the ball to direct it by Cincinnati goalkeeper Kenneth Vermeer.

Cincinnati had its moments during the first half, most notably from Barreal, who got behind the Miami defense, but pushed the ball wide in the 37th minute. Shortly after, Allan Cruz had a point-blank attempt stopped by Inter keeper John McCarthy.

It was one minute later that Higuain, off an assist from younger brother Federico, took advantage of some shoddy FCC defense to dribble his shot past a sliding Vermeer to make it 2-0.

Cincinnati has lost three in a row following an opening 2-2 draw at Nashville SC.