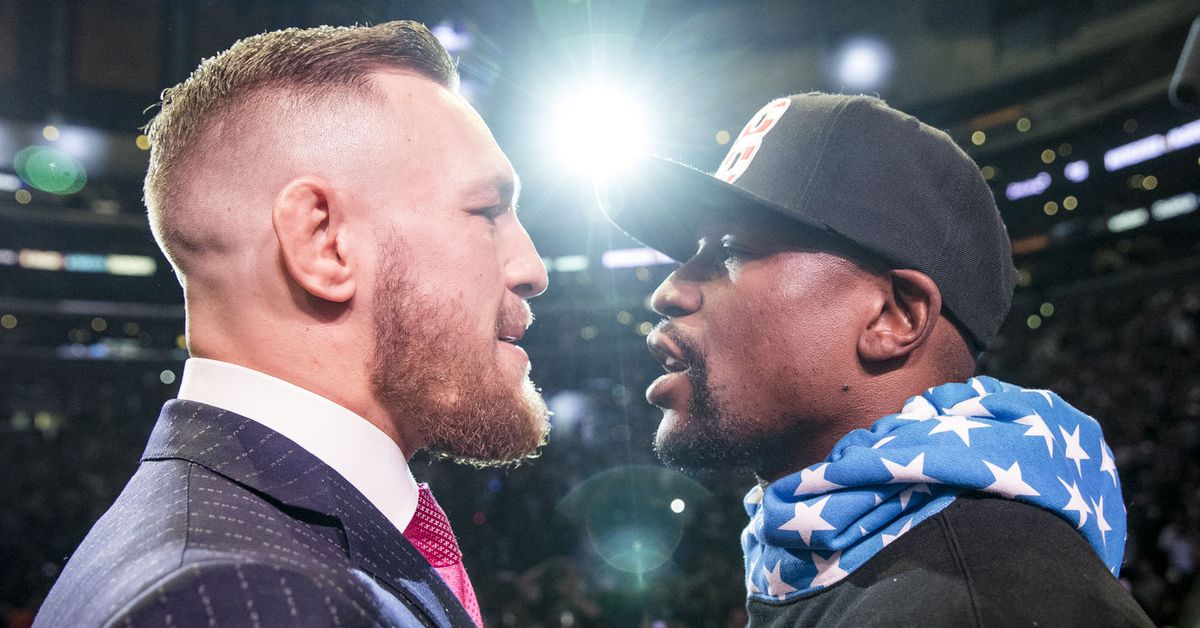 Floyd Mayweather didn’t hold his tongue when Conor McGregor used racially insensitive language to promote their 2017 “Money Fight” showdown. And after McGregor fell to Dustin Poirier at UFC 257, the semi-retired boxing legend wasted no time in savaging the former two-division champ and his fans as the world reacted to Poirier’s win on Fight Island.

In an Instagram post, Mayweather dubbed his one-time opponent “Con Artist McLoser” and attributed his popularity to a long history of prejudice in the fight game.

“The world knows ‘Con Artist McLoser’ can steal everything from me and be loved but I’m hated,” he wrote. “That just lets you all know that racism still exist.”

“I seen this post and my take on it is that the world knows Con Artist McLoser can steal everything from me and be loved but I’m hated,” Mayweather wrote. “That just lets you all know that racism still exist. Just know, that bum will never be me or be on my level. I’m just built different, my mindset is on another planet, my skills are second to none, I’m a natural born winner and yes I talk a lot of trash, but every time I back it up! This is what they hate. It’s sad that you can be a poor black kid from the ghetto that has dealt with racism your whole life and work extremely hard to put yourself and your family in a better position, and most of the hate come from my own people. Connor cannot even win in his own sport, but talking about coming back to boxing to fight Pacquiao. Nobody wants to see that, it’s like my leftovers eating leftovers.”

Prior to inking the deal with Poirier, McGregor and his team eyed a boxing match with Manny Pacquiao, who in 2015 fought Mayweather in the “Fight of the Century”; Mayweather won via decision in the most lucrative pay-per-view event in North American history.

The second biggest domestic PPV of all time was McGregor’s crossover fight with Mayweather in 2017, and charges of racism marred a raucous press press tour to promote the event. McGregor defended against charges of racism after telling Mayweather to “dance for me, boy,” calling himself “half-Black from the belly down,” and referring to a scene in Rocky 3 as the one with “dancing monkeys.” McGregor later accused Mayweather of manipulating his words to create a racial conflict where there was none.

When they finally met in the ring, Mayweather made McGregor pay with a late surge that led to a TKO in the 10th round of the blockbuster event.

Since then, Mayweather has flirted with a rematch, and McGregor has claimed the boxing legend agreed to a fight in the cage. Nothing has materialized, however, and Mayweather’s flirtations with the UFC have been limited to discussions with promotion president Dana White on an undisclosed project.

McGregor returned to the cage one year ago at UFC 246 and stopped Donald Cerrone in the start of a comeback “season.” It took him one year, however, to get another fight, a rematch with Poirier that quickly went south in the second after a strong opening frame.

Mayweather, meanwhile, recently announced a boxing match with YouTube star Logan Paul for Feb. 20, though recent reports say the event will be postponed.