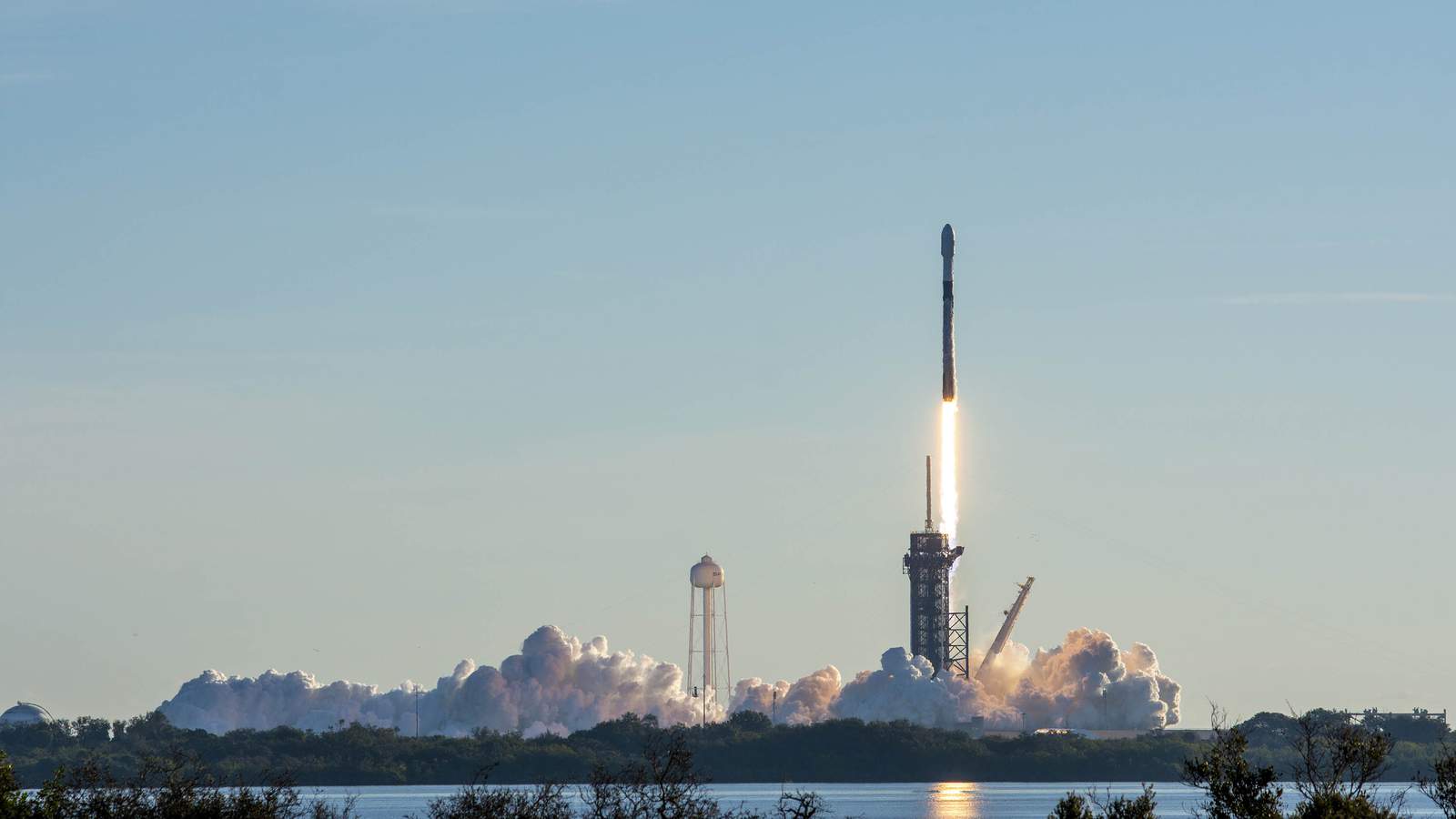 CAPE CANAVERAL, Fla. – After successfully launching its own payload from Florida earlier this week, SpaceX is preparing another Falcon 9 rocket to liftoff with satellites from several customers, including DARPA, NASA and more of its own Starlink satellites.

The SpaceX rideshare mission includes government and private customer payloads as well as a dozen smaller nanosatellites. The rocket will lift off from Cape Canaveral Space Force Station Launch Complex 40. The launch window opens at Saturday at 9:40 a.m. It was delayed from Friday morning.

The mission, known as Transporter-1, also includes a somewhat last-minute addition of 10 Starlink satellites, after receiving Federal Communications Commission approval earlier this month to include those.

According to the 45th Space Wing forecast, the current concern for the launch window will be thick cloud cover. Space Force forecasters are giving the launch window a 60% chance of favorable weather. A front will be bringing showers to the Space Coast Saturday morning.

After launch, the Falcon 9 will head south toward polar orbit, a rare trajectory sending the rocket down Florida’s coast. Due to the unusual path SpaceX’s droneship, Of Course I Still Love You, won’t be north of the launch site waiting to catch the rocket booster but due south in the Atlantic Ocean.

Earlier in the week, another Falcon 9 launched 60 Starlink internet-beaming satellites from Cape Canaveral Space Force Station. The successful delivery to low-Earth orbit was the 17th batch part of SpaceX’s constellation designed to provide global internet to even remote areas of the world. There were nearly 1,000 Starlink satellites already in orbit.

SpaceX plans to continue to grow that constellation this year with launches every other week.

Meanwhile in Texas, SpaceX teams are working toward another test flight of the company’s interplanetary spaceship undergoing development at the Boca Chica site. The most recent flight of Starship wowed online viewers all over the world when the spaceship prototype launched, performed an aerial flip and came down for an explosive landing.

This weekend’s launch will mark the third for SpaceX this year.

Want more space? Subscribe to Space Curious, a podcast from WKMG and Graham Media that answers your intergalactic questions.

Follow wherever you listen to your favorite podcasts including Spotify, iTunes, Stitcher and Google Play. New episodes drop every other Wednesday.

Subscribe to a weekly newsletter to receive the latest in space news directly to your inbox here.