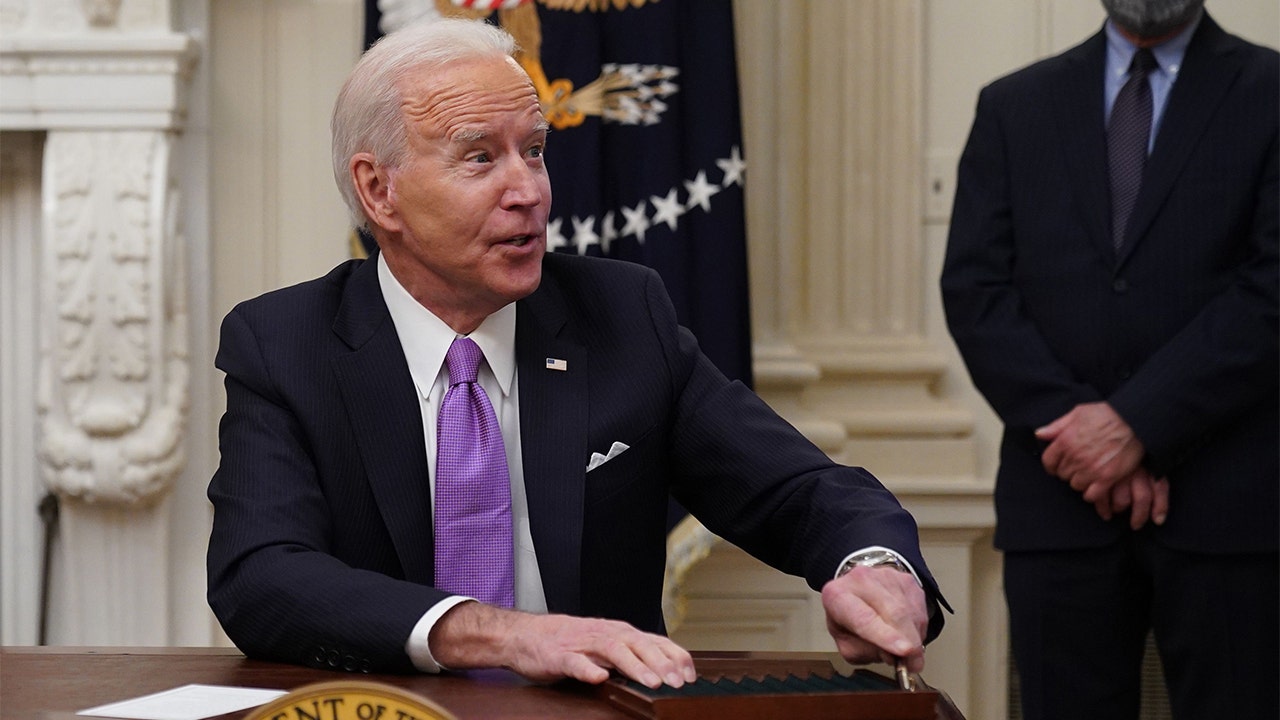 President Biden was quick Thursday to dismiss an Associated Press reporter who attempted to ask him a question at one of Biden’s first events as president.

While Biden signed executive orders meant to combat the coronavirus outbreak, AP White House reporter Zeke Miller pressed him about his previously-announced goal of having 100 million Americans vaccinated within the first 100 days in office. Miller asked whether the bar should be set “higher” to encourage even more Americans to get vaccinated.

The president appeared to smirk at the question.

“When I announced it, you all said it was not possible,” Biden told Miller. “C’mon, gimme a break man.”

“It’s a good start, 100 million,” the president added before walking away from reporters.

During the election, Biden rarely took questions from reporters covering his campaign. When he did hold press conferences, reporters were criticized for asking “softball questions” of the Democratic nominee-turned-president-elect.

Biden also has a history of snapping at reporters, including CBS News’ Bo Erickson and Fox News’ Peter Doocy.