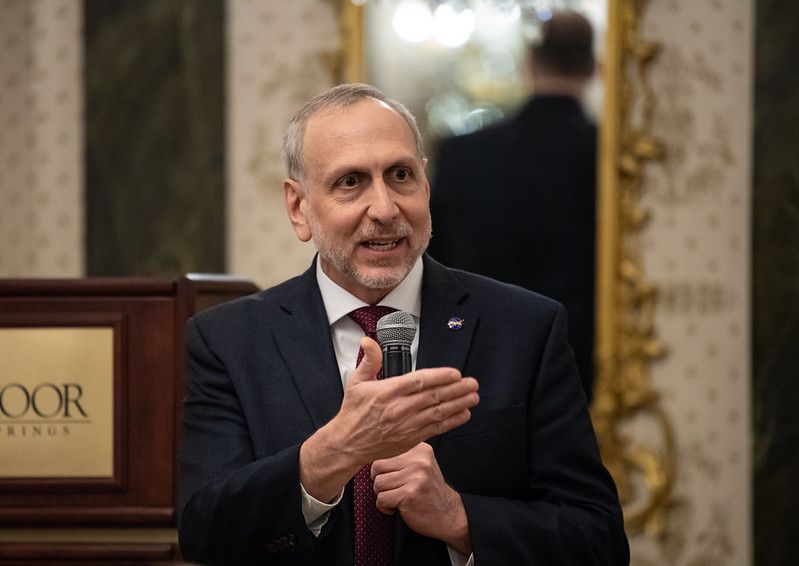 Jurczyk has been the agency’s associate administrator since May 2018, according to his NASA biography; all told, he has worked at NASA since 1988. Jurczyk is one of 34 acting leaders announced by Biden and his vice president, Kamala Harris, hours after their inauguration.

In a message to agency personnel obtained by SpaceRef, Jurczyk thanked Bridenstine and highlighted events in the coming months, citing plans to return humans to the moon but without naming the Artemis program, a product of President Donald Trump’s administration, explicitly.

Related: Is NASA about to get its first female leader?

“We also could not be prouder of how every civil servant and contractor has stepped up to move the NASA mission forward while looking out for the health, safety, and well-being of the entire team,” Jurczyk and White House appointee Bhavya Lal wrote in the joint message. “NASA represents the best of America, and the best of American values: hard work, determination, and ingenuity. And this agency has proven, time and again, that anything is possible when we come together, break down barriers, create opportunities, and imagine a new tomorrow.”

The leadership change comes hot on the heels of a critical but imperfect test of NASA’s massive moon rocket, the Space Launch System. During the hot-fire test, the core stage’s engines fired for just 67 seconds, rather than the targeted 8 minutes. NASA leadership will now need to decide whether to repeat the test or push toward an uncrewed launch scheduled for the end of this year.

In addition, the agency will attempt a difficult feat in just under a month when its Mars 2020 rover, Perseverance, lands on the Red Planet on Feb. 18. And the agency, like the rest of the federal government, is confronting a twin crisis of public and economic health prompted by the COVID-19 pandemic.

“These public servants, like so many across the federal government, are dedicated to serving the American people, not a political party or agenda,” Biden said in a statement announcing the acting leads of dozens of government agencies. “Their experience in government and commitment to service will allow this administration to take the reins as we prepare to get the pandemic under control and our economy moving once again. I am thankful for their willingness to step up to lead during these difficult times and help us make sure the government continues to operate and serve the American people.”