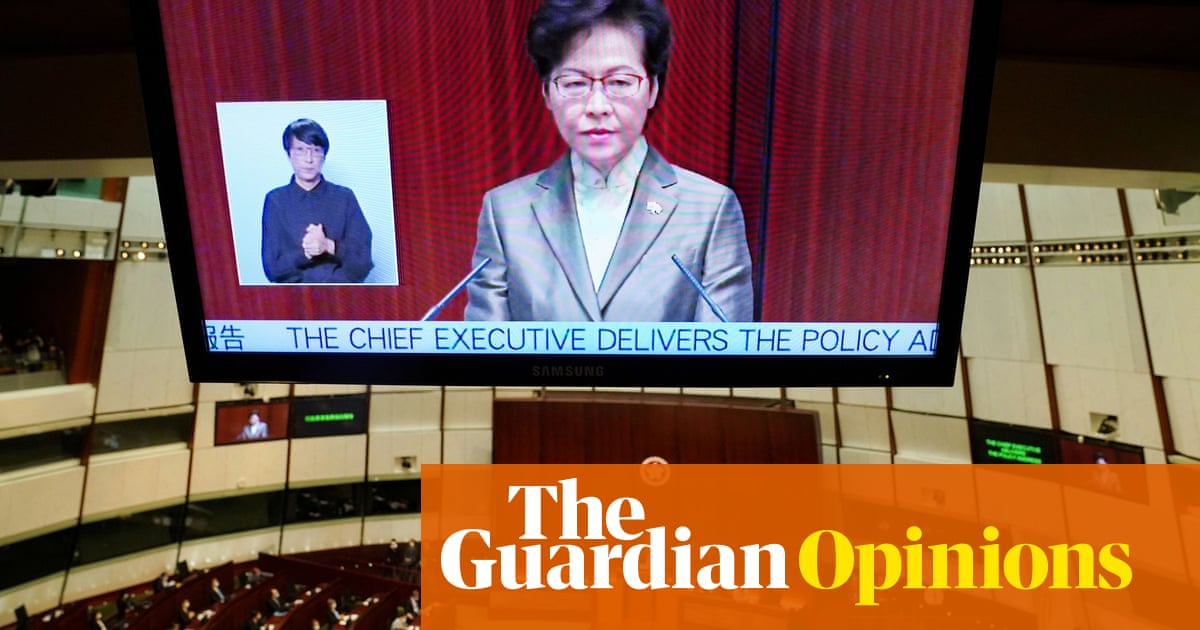 The arrest of 53 activists in Hong Kong on national security charges represents the purge of an entire generation of politicians. Police also demanded documents from three news organisations and for the first time arrested a foreign citizen – the US human rights lawyer John Clancey – on national security charges. These moves represent an assault on civil society the aim of which appears to be the destruction of the system that nurtured the type of political engagement that brought nearly 2 million people – almost a quarter of the population – out on to the streets in 2019.

Those arrested are suspected of subversion, which carries a maximum penalty of life in prison. In removing them from the political stage, the Hong Kong authorities have effectively nuked the opposition. But the subtext behind official explanations for the arrests is proving even more chilling.

Hong Kong’s security chief, John Lee, said in a press conference that these arrests were necessary since their “malicious” plans for “mutual destruction” would have paralysed the government, leading the city into a “bottomless abyss”. So what were these nefarious acts? In fact, police rounded up all those involved in informal primaries last July designed to select pan-democratic candidates for a legislative election that was later postponed due to Covid-19.

The mismatch between such apparently moderate actions and the hyperbolic accusations is key; it underlines how the government is mounting an attack on reality, perverting language and meaning itself. This epistemological offensive represents gaslighting on a massive scale, or even an attempt to reformat public memories of the recent past.

China’s Communist party used this tried-and-tested tactic after it suppressed the 1989 pro-democracy protests, which it recast as counter-revolutionary riots aimed at overthrowing the government. Back then, that strategy succeeded in intimidating Chinese cowed by their memories of the Cultural Revolution and the promise of economic growth.

But it is unlikely to persuade the 600,000 Hong Kongers who cast votes in the primaries last July. For them, the arrests represent an attack on the possibility of civic participation, an attack on hope itself. They show the government’s propensity to play with fire, stealing the protest movement’s own Hunger Games-inspired slogan of “If we burn, you burn with us” or laam-chau. The government seems determined to outplay the protest movement, regardless of the havoc it wreaks as it slashes and burns its way through Hong Kong’s most cherished institutions.

In terms of timing, China has opportunistically embraced the distractions offered by a global pandemic, the Brexit trade deal, the US senate runoffs in Georgia and a lame-duck administration in Washington. Cynics note that it is no coincidence that Beijing’s trade pact with the EU, on the negotiating table for seven years, was sealed last week. But the fact that this deal could still be rejected by the European parliament begs the question of whether external pressure can budge Beijing any more; the Biden administration, which is pledging to stand with the people of Hong Kong, may soon find out.

In any case, it is already too late for Hong Kong to revert to its known world. Those moderates who tried to work within the system have been criminalised, while Beijing has already stipulated that the new national security law overrides the basic law which had provided the framework for post-retrocession Hong Kong.

For China’s Communist party, national security has always meant regime security. Thus the risks posed by Hong Kong’s pro-democracy movement proved too large for the domestic audience, the only one that counts for Beijing. Since the 2019 protests, Beijing has strengthened its controls over information to censor online discourse and flood social media with commentary painting Hongkongers as spoiled and undeserving. Despite their crudeness, these tactics have succeeded in undermining most feelings of fraternity between the mainland and Hong Kong.

Recent Chinese political thinking sees sovereignty as having no grey zones; people can either be enemies or allies, with nothing in between.

This strategy, however, still carries risks. Instead of marginalising the more radical fringe, it criminalises political moderates and that could alienate swathes of the population who overwhelmingly supported them in direct polls. But Hong Kong’s chief executive Carrie Lam has shown no compunction; in 2019, she called the protesters “enemies of the people”. In 2020, she extended that designation to all who opposed the security law. The act of opening 2021 with mass arrests seems designed to deepen the gulf between the governor and the governed, raising the deceptively tricky question about who the enemies are in this equation – and indeed, who are the people.

• Louisa Lim is the author of The People’s Republic of Amnesia: Tiananmen Revisited and a senior lecturer at the University of Melbourne
• Ilaria Maria Sala is a writer and journalist based in Hong Kong