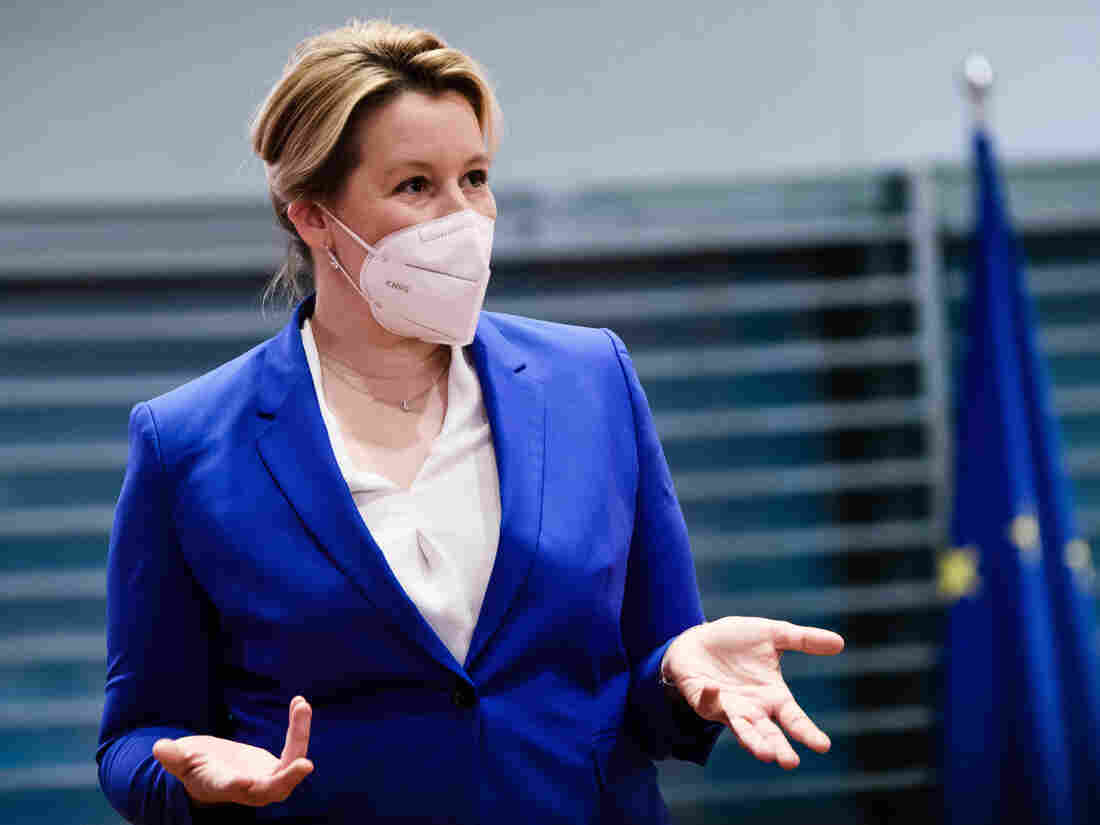 German Minister for Family Affairs, Senior Citizens, Women and Youth Franziska Giffey during the meeting of the German cabinet on Wednesday in Berlin. The cabinet approved a draft law that would require women on the executive boards of large publicly held companies. Clemens Bilan/Getty Images hide caption 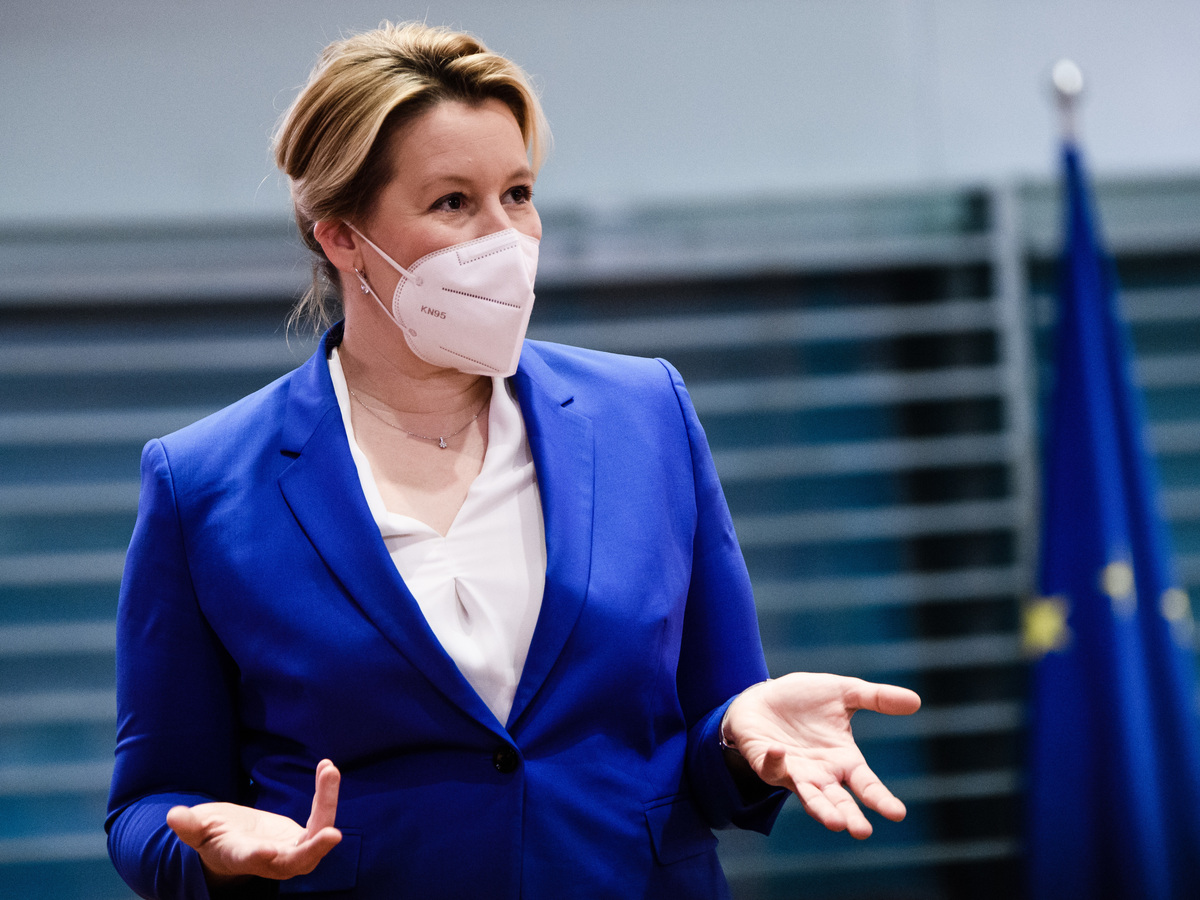 German Minister for Family Affairs, Senior Citizens, Women and Youth Franziska Giffey during the meeting of the German cabinet on Wednesday in Berlin. The cabinet approved a draft law that would require women on the executive boards of large publicly held companies.

Germany has taken a step toward requiring what has not happened voluntarily: putting women on the management boards of the country’s largest companies.

On Wednesday, Germany’s cabinet approved a draft law that would require stock exchange-listed companies with executive boards of more than three members to have at least one woman and one man on those boards.

The rule would affect about 70 companies – of which some 30 currently have no women at all on their management boards, the Justice Ministry said. These companies generally have more than 2,000 employees.

The draft law will now go to the Bundestag, Germany’s parliament, for a vote.

The legislation also contains a provision intended to improve the effectiveness of a 2015 law that requires leading companies’ supervisory boards — which are generally chosen by shareholders and don’t have executive powers — to have at least 30% of their positions occupied by women.

The new law would extend the 30% requirement to companies in which the federal government is the majority shareholder. That includes Deutsche Bahn, the German railway company. In addition, executive boards – responsible for managing the company – that have more than two members will be required to have at least one woman. These measures would affect about 90 companies.

Federal Minister for Family Affairs, Senior Citizens, Women and Youth Franziska Giffey called the law a “milestone” that would ensure there will no longer be women-free boardrooms in these large companies. The law would make Germany better prepared for the future, she said, and more able to capitalize on its potential.

“We have seen for years, not many changes are made voluntarily, and progress is very slow,” Giffey said in a statement.

An October 2020 report by the AllBright Foundation, which advocates for boardroom diversity, found that Germany lags the U.S., France, the U.K., Poland and Sweden in the proportion of women on executive boards at leading companies.

The study found that in the U.S., women comprise 28.6% of the executive boards of the 30 largest publicly traded companies. In Germany, that figure is just 12.8%. And only four of Germany’s largest 30 listed companies had more than one woman on their executive boards.

Janina Kugel, a former Siemens executive who is now an equality advocate, told Deutsche Welle the new quota would be an important signal.

“The perception of Germany is that, because we’ve had a female chancellor for the last 15 years, Germany is very progressive in that matter, but actually it is not,” she said.

The U.S. has also begun to confront the issue of gender disparity in boardrooms.

In 2018, California became the first U.S. state to require companies based there to have women on their boards of directors.

And the U.S. stock exchange Nasdaq announced diversity requirements last month. Under the rule submitted to the Securities and Exchange Commission, Nasdaq would require companies traded on its exchange to appoint at least one woman and at least one member of an ethnic or racial minority or LGBTQ+ person to their boards of directors.