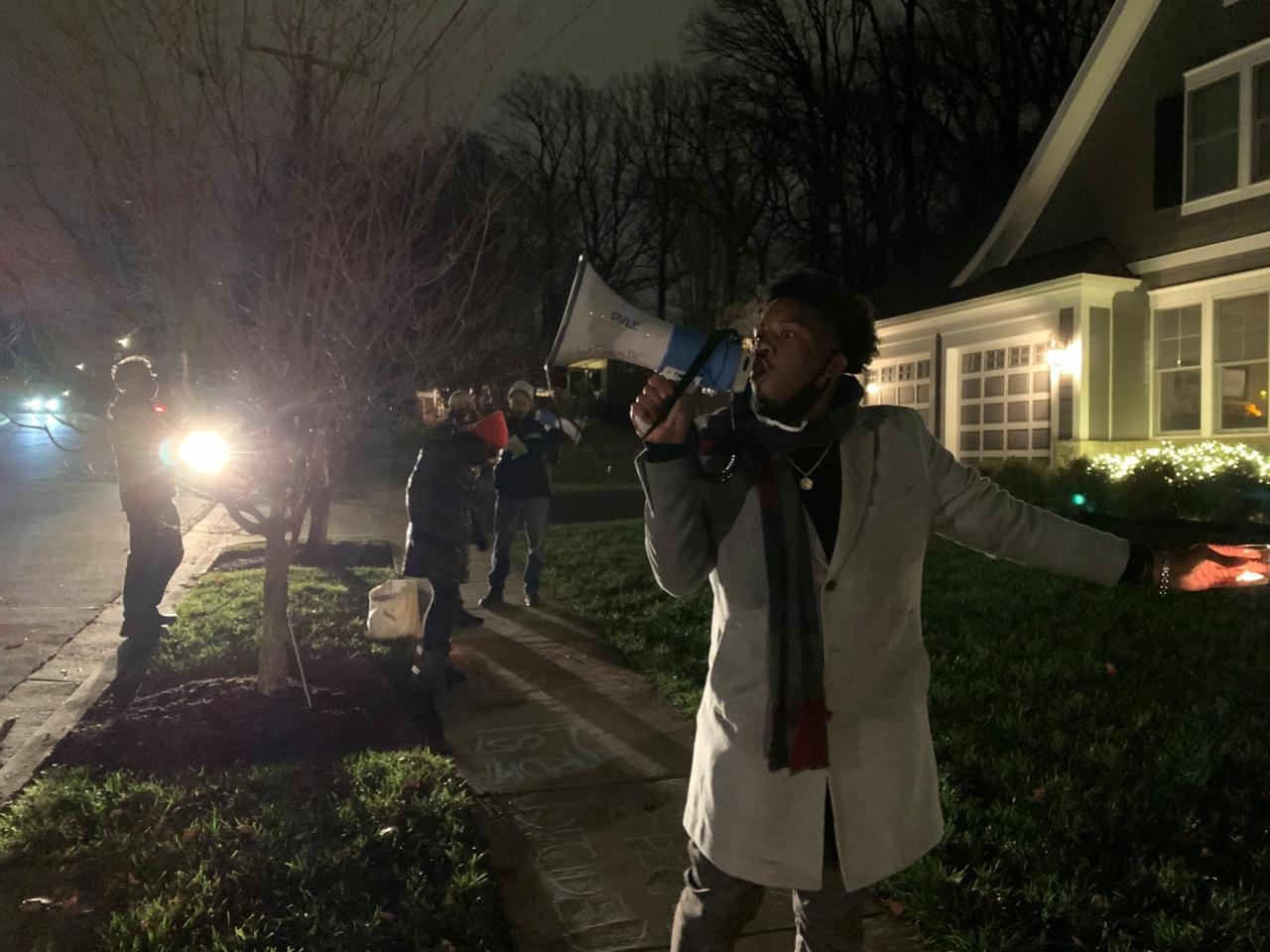 Hawley, who has been a leading voice in the effort to hold up Wednesday’s certification of the Electoral College vote, sent a tweet that his wife and newborn daughter were at their home in the Washington D.C.-area when a group approached the residence and made threats.

The Republican senator claimed Antifa vandalized the home and threatened his wife and daughter.

Hawley said he was in Missouri at the time and not at the D.C.-area residence when the incident occurred. His tweet did not indicate anyone was injured.

Hours before Hawley tweeted his accusation, ShutDownDC, the group that organized the protest, livestreamed the event.

The 51-minute video shows a group of at least a dozen protesters gather in a strip mall parking lot before walking to the Hawley family’s Washington D.C.-area home. Once there, the group stood on the sidewalk and front lawn for the duration of the demonstration.

A couple of speakers appear to use a megaphone to denounce Sen. Hawley’s plan to delay the certification of the 2020 presidential election and claim this is a political stunt to bolster future prospects. Members of the group took chalk and wrote messages on the sidewalk. The group chants “shame” at the home.

In the 26th minute, a woman opens the front door to observe the protesters. She is holding a small child in her arms. She goes back in the home and shuts the door after a half-minute or so.

Around the 27th minute, a neighbor comes out to confront the protesters and has to be restrained by a third-party.

At one point—minute 29 in the video—three protesters take a pocket copy of the Constitution and place it on the front door of the Hawley residence. A fourth protester joins them.

In the 35th minute, three people—who appear unaffiliated with the protesters—walk up the Hawleys’ driveway to the front door and are allowed inside the home.

In the 36th minute, a member of the Vienna (VA) Police Department addresses one of the organizers to say it might be illegal for them to continue their protest. By the 46th minute, additional officers are at the scene and monitoring the activists, who promised to return in the morning.

The group placed signs and candles in front of the home before leaving.

FOX 2 reached out to the organizers to respond to Sen. Hawley’s accusations.

They responded: “We held a candlelight vigil outside of his house. At one point three of our supporters went to his front door to deliver a copy of the constitution with Article II, Section 1 dog-eared for his reference.

“The local police force did respond. The officers on scene could not determine whether or not any of the activities violated local ordinances.”

FOX 2 has reached out to the Vienna Police Department for comment but has not heard back.