Sheen Sports are expected to start their campaign by beating Kini RR Sports.

The 2nd match of the T20 India Nippon Cup 2021 will be played between Sheen Sports and Kini RR Sports at the Samprasiddhi Sports Estadio in Bengaluru.

The Indian men’s cricket team is currently in the middle of a gruelling series against Australia, but their female counterparts didn’t get the chance to experience something similar. The bilateral series between Indian Women and Australian Women was postponed, which surrounded the female cricketing circuit with clouds of uncertainty.

However, the trailblazers of India will finally take the field again, as they will play in the India Nippon Cup. This is a T20 tournament which will be contested between 4 teams, namely Ameya Sports, Heron Sports, Kini RR Sports and Sheen Sports. In the second game of the inaugural day, Pratyusha Challaru’s Kini RR Sports will be up against Rakshita Krishnappa’s Sheen Sports.

The weather will be pleasant in Bengaluru, with the temperature being at a comfortable 26 °C. The chances of precipitation are only 20%.

This will be the first day’s play of the tournament, hence not much info is available about the Samprasiddhi Sports Estadio. However, the bowlers are expected to get some help here.

Also Read – Australia vs India: Players to be permitted to come together in particular areas of hotel in Brisban

(Will be added when there is an update)

Jemimah Rodrigues has already established herself as one of India’s most important players at the tender age of 20. She has scored 930 runs in T20Is at an average of over 25.

Deepti Sharma is another young Indian cricketer who is a crucial member of the national squad. She has scored 423 runs and has also picked up 53 wickets in T20I cricket.

The experienced Punam Raut has scored 719 runs in her T20I career, which has come at an average of over 25. She has also picked up 3 wickets in this format.

Arundhati Reddy has done a decent job for India in the 20 T20I games that she has been a part of. She has picked up 15 wickets and has also scored 72 runs.

We are not worried what India is doing outside of the cricket ground: Matthew Wade 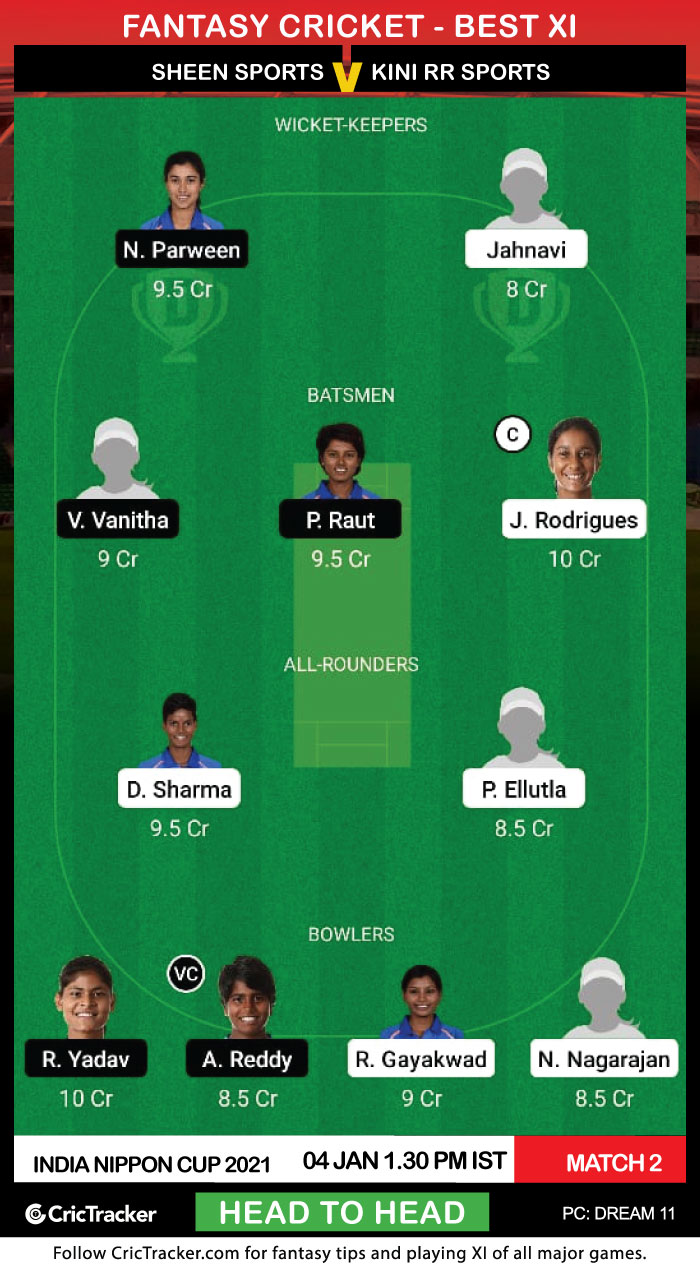 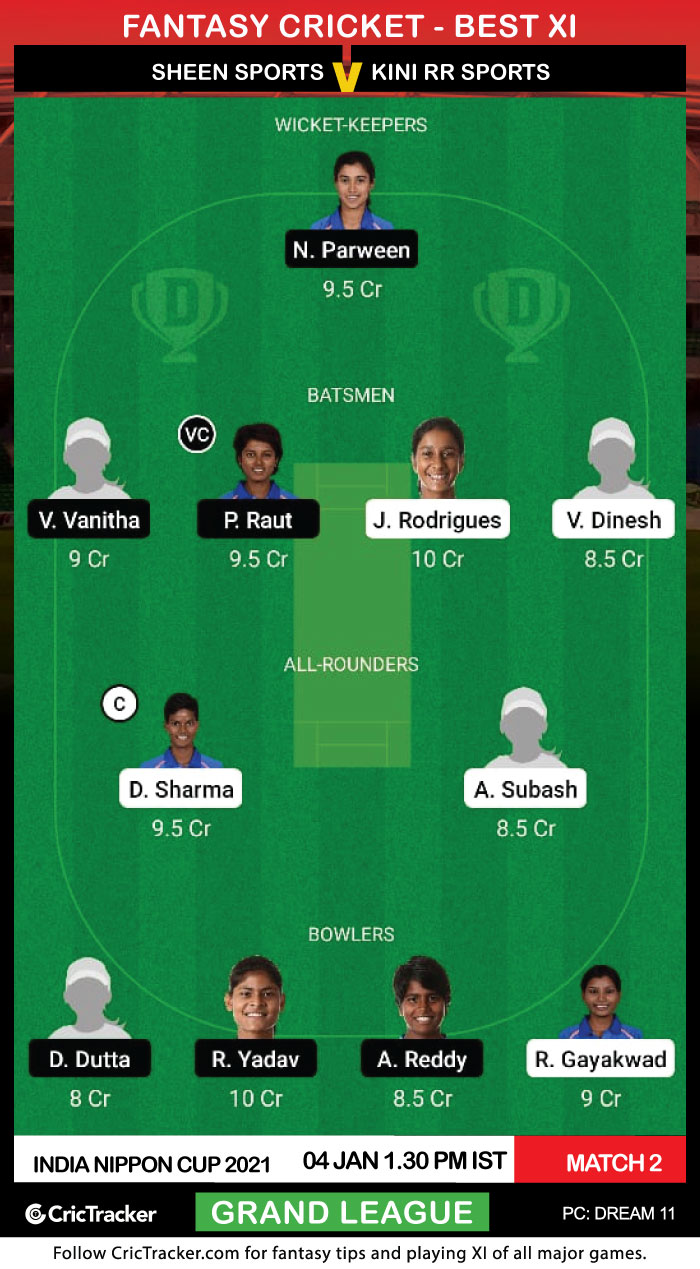 Since not much is known about the track yet, it will be wise to go with a balanced team. Also, it will be important to check the teams after toss as this is the first game for both the sides and the playing combinations are not known yet.

Sheen Sports are expected to win this match.

Note: Updated Fantasy teams and Playing XIs of every match will be provided in our Telegram Channel if the information is available.

Disclaimer: This team is based on the understanding, analysis, and instinct of the author. While selecting your team, consider the points mentioned and make your own decision.