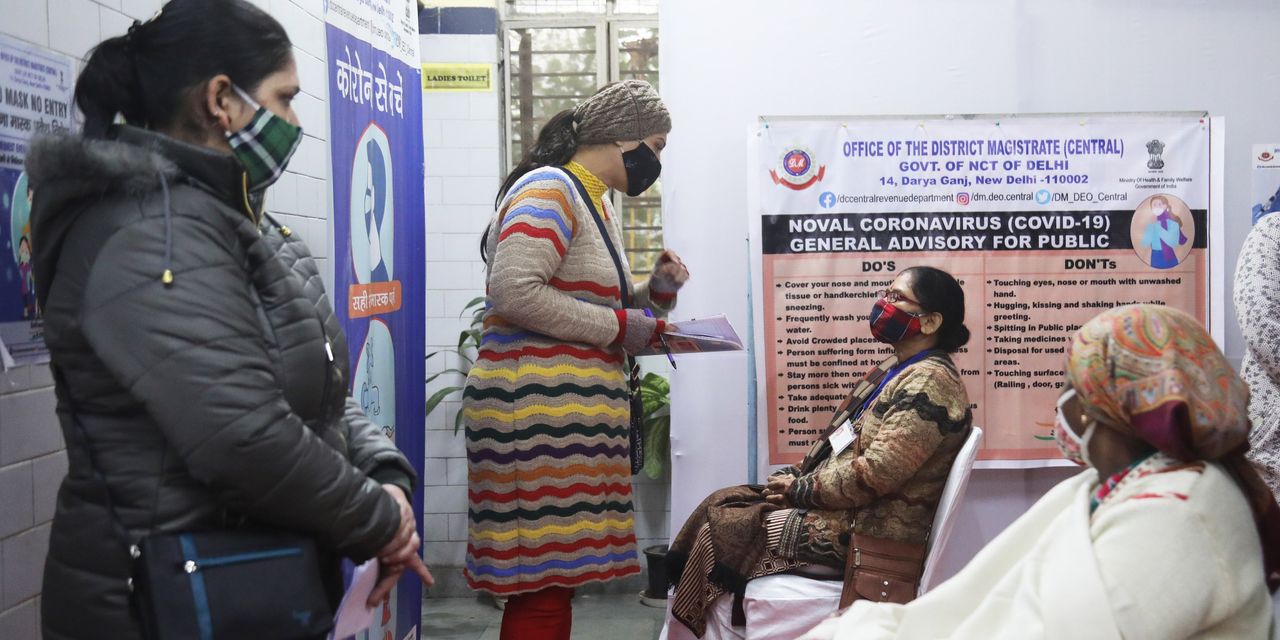 NEW DELHI—India’s emergency authorization of two Covid-19 vaccines over the weekend kicks off a massive and logistically daunting government inoculation campaign in the world’s second-most-populous nation, where the new coronavirus has killed more than 150,000 and ravaged the economy.

The goal is to vaccinate more than 300 million of the country’s 1.3 billion people by the middle of the year, using an army of doctors, nurses, police officers, soldiers and others to deliver and administer doses across the country, from remote Himalayan villages to megacities like Mumbai.

“It will be the largest vaccination program in the world,” said Giridhara R. Babu, an epidemiologist at the Indian Institute of Public Health in Bangalore. “India has the skills and facilities to make it happen.”

On Saturday, India’s drug regulators gave the green light for emergency use of a vaccine made by the University of Oxford and AstraZeneca PLC that is already being mass produced and stockpiled in the country.

They also authorized a vaccine produced by Indian manufacturer Bharat Biotech, saying the Hyderabad-based company’s vaccine, which is in late-stage clinical trials, was safe and generated a robust immune response in people who received it.

One LI Nurse Tells Why She Is Declining The Coronavirus Vaccine – Patch.com