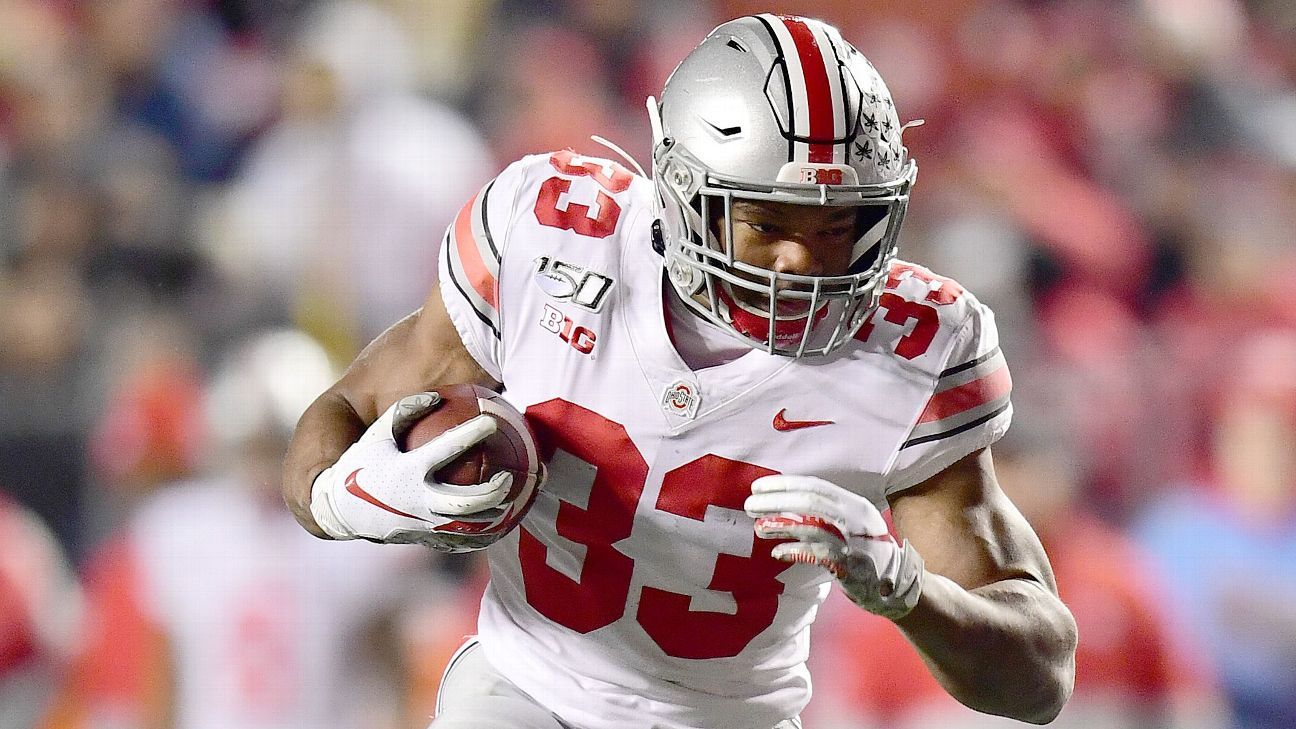 No. 3 Ohio State will be without two starters and several other key reserves against No. 2 Clemson in Friday’s College Football Playoff semifinal at the Allstate Sugar Bowl in New Orleans.

Starting guard Harry Miller and running back Master Teague III both are out, according to the team’s availability report. Defensive end Zach Harrison, who has two sacks and 4.5 tackles for loss in a reserve role, also will miss the game, as will reserve defensive lineman Tyler Friday.

Clemson announced defensive end Xavier Thomas will miss the game. Thomas was in “protocols,” coach Dabo Swinney said earlier in the week. Thomas, who was diagnosed with COVID-19 in the spring, has 3.5 sacks and four tackles for loss in seven games (one start).

Teague started each of Ohio State’s first six games, while Miller started all except the Michigan State game. Teague leads Ohio State in both carries (89) and rushing touchdowns (6), although Trey Sermon has emerged recently with 443 rushing yards in his past two games, including a team-record 331 against Northwestern in the Big Ten championship game. Freshman Miyan Williams likely will see increased action behind Sermon against Clemson.

Ohio State doesn’t list the reasons for any player absences, although several Buckeyes who appeared on earlier availability reports later confirmed they had tested positive for COVID-19. Star wide receiver Chris Olave, starting linebacker Baron Browning and top punter Drue Chrisman, who all missed the Big Ten championship game against Northwestern, did not appear on Friday’s report and are expected to play.

Olave has 36 receptions for 528 yards and five touchdowns, while Browning ranks third on the team with 23 tackles, and has a forced fumble and a fumble recovery.

Safety Ronnie Hickman, who has five tackles this season, will be a game-time decision for Ohio State. Starting quarterback Justin Fields, who injured the thumb on his throwing hand in the Big Ten title game, did not appear on the report.

Clemson finished its COVID-19 testing before traveling to New Orleans. Ohio State, per Big Ten protocols, went through a final round of testing Friday morning.