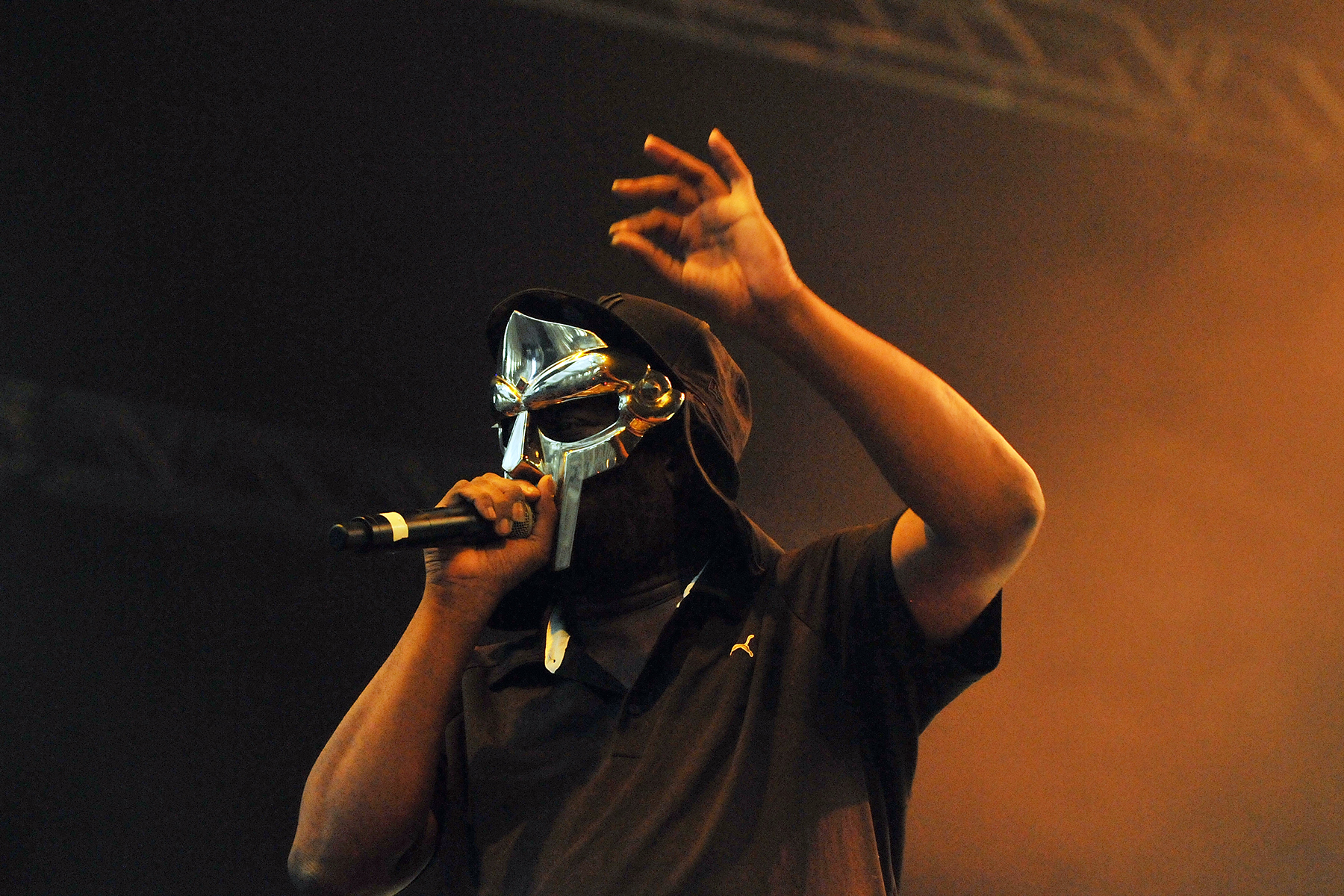 MF DOOM, the mysterious rapper known for impossibly intricate rhyme schemes and his signature mask, has died at the age of 49. The rapper’s death was first announced by his wife, Jasmine, on his Instagram page. Richie Abbott, MF DOOM’s rep, confirmed his death to Rolling Stone. A cause of death was not immediately disclosed. Abbott confirmed that the rapper, whose real name was Daniel Dumile, died on October 31st of this year, but Dumile’s family did not disclose news of his death until Thursday evening.

“The greatest husband, father, teacher, student, business partner, lover and friend I could ever ask for,” Dumile’s wife, Jasmine, wrote. “Thank you for all the things you have shown, taught and given to me, our children and our family. Thank you for teaching me how to forgive beings and give another chance, not to be so quick to judge and write off.”

“All u ever needed in hip-hop was this record,” Flying Lotus tweeted alongside the album cover to Madvillainy, Dumile’s 2004 album with Madlib. “My soul is crushed.”

“RIP to another Giant your favorite MC’s MC .. MF DOOM!! crushing news…,” Q-Tip tweeted, while El-P wrote, “He was a writer’s writer. Grateful I got to know you a little, king. Proud to be your fan. Thank you for keeping it weird and raw always. You inspired us all and always will.”

Dumile was born in London in 1971 and moved to Long Island, NY with his family early in his childhood. He started performing as a teenager under the name Zev Love X as part of the hip-hop group KMD, which he started with his younger brother DJ Subroc. The group released their critically acclaimed debut — 1991’s Mr. Hood — and were recording their follow-up Black Bastards when Subroc was killed in a car accident in 1993.

Following his brother’s death, Dumile disappeared from public life, only to re-emerge in the late 1990s at the Nuyorican Poets’ Cafe in Manhattan where he performed, unannounced, wearing a stocking over his face. The concern with anonymity would become a calling card, as Dumile adopted various means of subterfuge, most notably adorning what would become his signature mask modeled after the Marvel villain Doctor Doom.

In 1999, he released his debut as MF DOOM, Operation: Doomsday, setting the stage for a spree of releases under a range of different monikers (alongside numerous other tracks and beat compilations) as well as a trail of collaborations and inspirations left in his wake. As a musician, DOOM’s wit and intellect outpaced the world around him. It was the controversial album art for KMD’s record Black Bastards — a reinterpretation of the Sambo trope being lynched — that resulted in the group being dropped by their label, notwithstanding the cover’s artistic merit.

Dumile’s 2004 collaboration with the equally enigmatic producer Madlib would solidify his position as an otherworldly soothsayer. Under the name Madvillain, the duo released Madvillainy, a record so dense with concepts that it still stands as an example of the dexterity and endurance of rap as a medium. That same year, Mm..Food took DOOM’s penchant for storytelling to the masses. The record displayed DOOM’s almost-delirious ability to create endless and playful metaphors about niche interests like snacks and food, turning them into near-existential concerns.

He would follow up Madvillainy with several releases in the span of a few years, including The Mouse and the Mask with Danger Mouse, Born Like This and more releases in his prolific instrumental beat series Special Herbs. By 2009, MF DOOM and his various pseudonyms released six full-length albums.

Beyond his official releases, MF DOOM’s impact on music is hard to overstate. As a producer, he was nimble and fleet, repurposing various ephemera of pop culture for gloom-filled autopsies of the human condition. As a lyricist, he was uncompromising,  representing a kind of introspection that at once dug inward and maintained a perspective 10,000 feet above it all. He mined America’s myths around Blackness to investigate a larger truth. The young rappers he inspired, from the brash ethos of groups like Odd Future to the boisterous rockstar energy of Playboi Carti, operate on a framework for Black liberation mapped out by MF DOOM’s monotone treatises. (Safe travels villain,” Tyler, the Creator tweeted.)

All this while navigating personal tragedy. In 2017, he announced the death of his son Malachi, yet another major loss the rapper suffered through the course of his career. Still, the output remained steady. Through the past several years, it wasn’t uncommon to see a new MF DOOM feature or single pop up. Earlier this month, he was featured on a track with BADBADNOTGOOD called “The Chocolate Conquistadors,” as part of Rockstar Games’ expansion of the GTAV universe.

“Thank you for showing how not to be afraid to love and be the best person I could ever be. My world will never be the same without you,” his wife’s statement continues. “Words will never express what you and Malachi mean to me, I love both and adore you always. May THE ALL continue to bless you, our family and the planet.”