US Election Result 2020: Here’s everything Donald Trump has tweeted since counting began – Moneycontrol 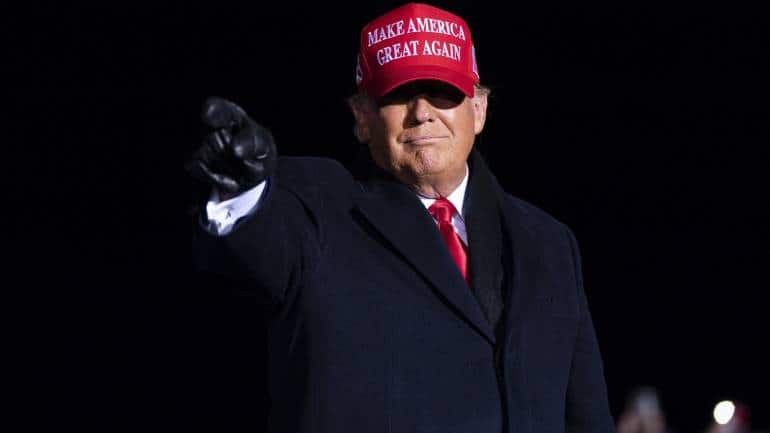 Twitter has curbed the reach of President Donald Trump’s several posts questioning the vote-counting process as the battle over the knife-edge US election spilled onto the social media. Twitter said that President Trump violated platform rules in claiming ballot irregularities.

Here’s everything Donald Trump has tweeted since the counting began:

Before the counting began, Trump took to Twitter to thank his supporters.

“WE ARE LOOKING REALLY GOOD ALL OVER THE COUNTRY. THANK YOU! (sic)” he tweeted.

Track this LIVE blog for latest updates on US election results

A few hours later he tweeted alleging that the Democratic nominee was seeking to “steal” the election. “We are up BIG, but they are trying to STEAL the Election,” Trump tweeted.

Again, in a bid to cast doubt on the integrity of the electoral process Trump tweeted, “Last night I was leading, often solidly, in many key States, in almost all instances Democrat run & controlled. Then, one by one, they started to magically disappear as surprise ballot dumps were counted. VERY STRANGE, and the “pollsters” got it completely & historically wrong!”

The tweet was flagged by the micro-blogging platform for violation of rules.

“How come every time they count Mail-In ballot dumps they are so devastating in their percentage and power of destruction?” Trump tweeted.

As Biden started gaining in Wisconsin, Trump tweeted, “They are finding Biden votes all over the place — in Pennsylvania, Wisconsin, and Michigan. So bad for our Country!”

They are working hard to make up 500,000 vote advantage in Pennsylvania disappear — ASAP. Likewise, Michigan and others!

Wow! It looks like Michigan has now found the ballots necessary to keep a wonderful young man, John James, out of the U.S. Senate. What a terrible thing is happening!

A few tweets later, Trump again alleged that there had been “surprise ballot dumps” in states where he had been leading Democrat Joe Biden in the race for the White House.

We are winning Pennsylvania big, but the PA Secretary of State just announced that there are “Millions of ballots left to be counted.”

…..there was a large number of secretly dumped ballots as has been widely reported!

Our lawyers have asked for “meaningful access”, but what good does that do? The damage has already been done to the integrity of our system, and to the Presidential Election itself. This is what should be discussed!

Demands Arise for PA Attorney General to ‘Step Aside‘ https://t.co/jrED09zpK1 via @BreitbartNews

In his latest tweet, Trump shared an article detailing his supporters’ protest in Detroit, where they were shouting for workers to “stop the count” after Trump filed a lawsuit to stop tallying ballots until his campaign was granted access to the process.