Scholarship scam spreads to Bihar, ropes in school from Punjab too – The Indian Express 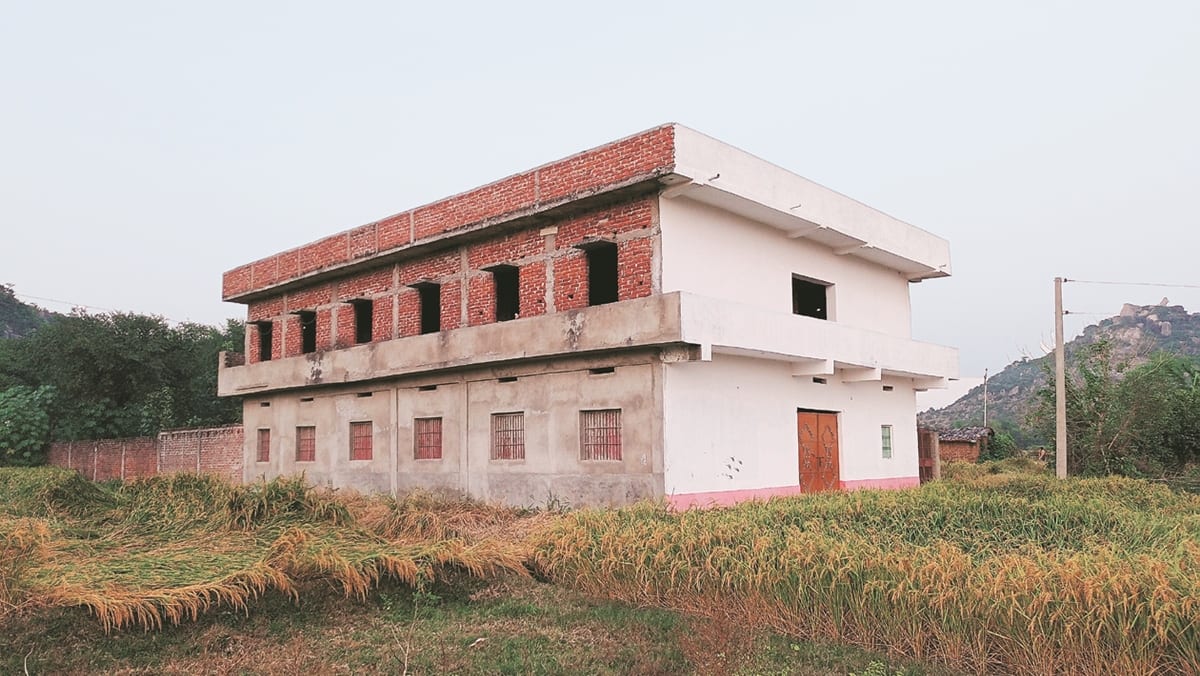 Manu Indian Public School in Gaya’s Banke Bazaar has 128 hostel beneficiaries. But it does not have a hostel. (Express photo: Abhishek Angad)

The Scholarship scam, in which money meant for poor minority students is siphoned off, is not limited to Jharkhand, but has crossed state borders.

Investigating entries, district by district, on the National Scholarship Portal (NSP) and matching them with beneficiary bank accounts in the Public Finance Management System (PFMS), The Indian Express has found several cases of the pre-Matric scholarship being illegally diverted by middlemen in Bihar as well.

In a remarkable parallel with the scam in Jharkhand, records show that Manu Indian Public School in Gaya’s Banke Bazaar Block has as many as 134 beneficiaries, including 128 who stay in a hostel thereby being eligible for the highest scholarship slab of Rs 10,700 per year.

But The Indian Express visited the school to find a partially painted two-storey structure in a deserted field — it was locked. About 2 km away, school owner Rajiv Kumar scrolled through the list of beneficiaries and said all were “fake”, and that the school did not have a hostel.

“There are 150 students in the school but only seven from minority communities. I have never verified any scholarship application. Someone had called last year, asking me to fill the forms for a student scholarship. I did not agree. We have been cheated,” Kumar said.

About 20 km away, at Binda village in Barachatti Block, The Indian Express tracked down two of these beneficiaries, listed in records as Class 7 students who received Rs 5,700 each for 2019-20. One of them is Mohammad Arshad Ansari, 20, an apprentice barber at a local salon. The other is his neighbour Shaiyma Parveen, 16, who is a Class 10 student in a local government school.

Also Read | Scholarship scam: Fraud went on unchecked even as red flags were waved in Centre and state

“I never studied in Manu Indian Public School, and I don’t know who this scholarship is for. I cleared Class 10 from a government school two years ago. I got the money this year after the form was filled by a local person on my behalf. Some of my neighbours also filled the forms, but they have not received any money,” Mohammad Ansari said. He claimed that he did not pay any money to the middleman.

Parveen showed her ID card from Indira Kanya Ucha Vidyalaya, a government school nearby. “I received Rs 5,700 this year. A teacher came to our school and took down our names. That is how I got the money,” she said.

PMFS records show that a third beneficiary in the village, Manuar Ansari, received Rs 10,700 this year. Speaking on his behalf, his father Imteyaz Ansari said: “The middleman took half of the amount. My son works as a tailor and passed Class 10 a few years ago.” The records do not list the school’s name.

In Saharsa district, scholarship records show a beneficiary from St Mathews SSS in Purhiran. But there is a catch — Purhiran is in Punjab’s Hoshiarpur. The beneficary is identified as Atul Singha, who has been shown as a Muslim and the son of “Rahman”.

William Tell, owner of St Mathews SSS in Purhiran, told The Indian Express over phone that the school has no branch outside Punjab. “I can’t understand how Purhiran figures in Saharsa. Also, there is no student named Atul Singha in our school. We did not fill any scholarship form for 2019 or 2020. This is clearly a big scam,” Tell said.

The scholarships are meant for minority students from families with an annual income of less than Rs 1 lakh and who scored at least 50 per cent in their class exams. Applications need to be verified first by designated nodal heads in schools who are registered with district welfare officers. They are checked by the district and state nodal officers before being sent to the Union Ministry of Minority Affairs, which verifies and uploads them on the NSP before disbursal through Direct Benefit Transfer (DBT).

When contacted, Jitendra Kumar, Minority Welfare Officer, Gaya, said: “Last year, 52,000 applications had come and we weeded out several fake ones. Only 6,000 were cleared from my side. If some cases have escaped scrutiny, it is alarming.”

In Saharsa, Shamshad Khan, the District Welfare Officer in 2019 when the verification process was conducted at the local level, declined to comment saying that he has retired from service.

During a month-long investigation in Jharkhand, The Indian Express tracked 15 schools in six districts to find that middlemen with the help of banking correspondents, and in several cases school staff, stole IDs and passwords to access the NSP and dupe gullible students, and create fake beneficiaries, to pocket a chunk of the scholarship money.

The Centre had allotted Rs 61 crore to Jharkhand for the scholarship in 2019-20. And the findings of the investigation, published by The Indian Express in a series of reports over the last four days, prompted the Jharkhand government and the Centre to announce probes.

On Wednesday, Rajiv Arun Ekka, Principal Secretary to Jharkhand Chief Minister Hemant Soren, wrote a letter to the state’s Secretary, Welfare Department, to prepare all files related to the scam for the Anti-Corruption Bureau (ACB), which will take charge of the investigation.

Meanwhile, the BJP, which was in power in Jharkhand till December last year, claimed that its state government had conducted “various checks in different parts” of the state after the then Chief Secretary received a letter from the Union Ministry of Minority Affairs warning of “repeated attempts to subvert” the NSP.

“The beneficiary schools were reduced from 41,000 to 3,100 last year. The Raghubar Das government acted swiftly. The Soren government is playing politics and has done nothing curb corruption,” BJP spokesperson Pratul Shahdeo said.