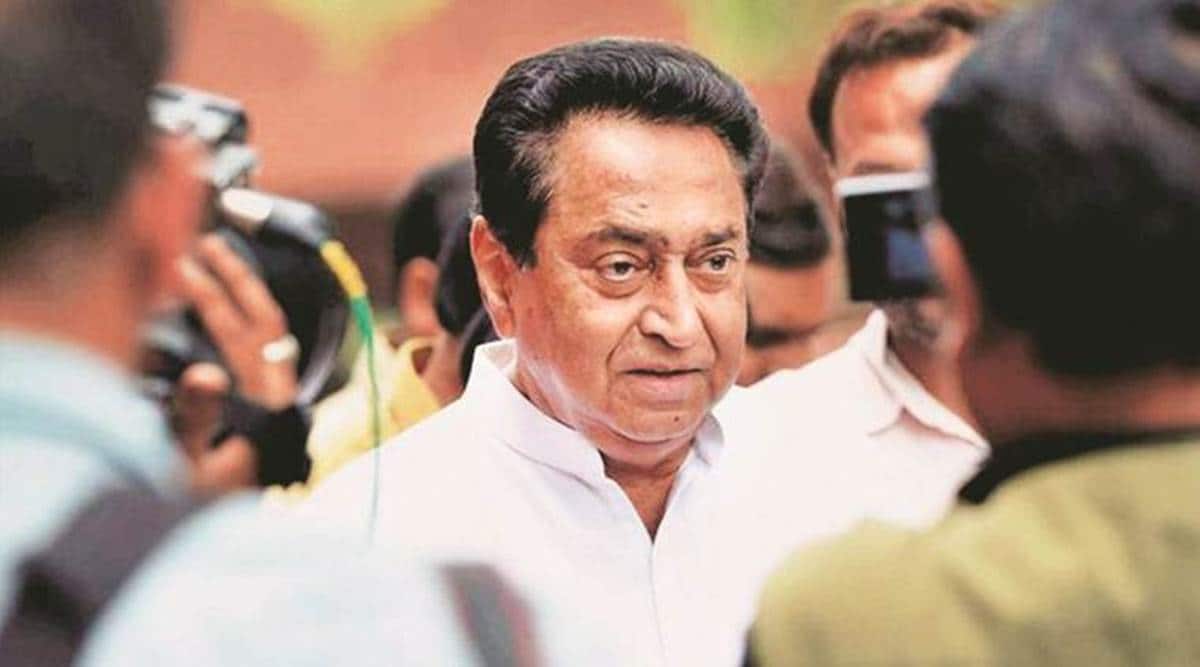 The Supreme Court Monday stayed the Election Commission order revoking former Madhya Pradesh Chief Minister Kamal Nath’s name from the list of star campaigners for the Congress party in the state Assembly bypolls — elections to 28 seats will be held Tuesday.

“We are staying your order,” Chief Justice of India S A Bobde, heading a three-judge Bench, told Senior Advocate Rakesh Dwivedi who was appearing for the EC.

“Who has given you power to delist a candidate from being a star campaigner or a leader of the party (under the law),” the CJI asked him.

Dwivedi told the Bench, also comprising Justices A S Bopanna and V Ramasubramanian, that he would file a reply. He pointed out that the matter had become infructuous since campaigning was over and polling was scheduled Tuesday.

Having a star campaigner means that it is the political party that foots the bill for expenditure incurred during canvassing, not the candidate.

Reacting to the developments in the court, an EC official said, “The Hon’ble Supreme Court is supreme. EC has been given an opportunity to file a reply in the matter, which shall be filed at the earliest.”

The EC official said Nath’s removal as star campaigner during the election was not unprecedented. Earlier this year, during the Assembly elections in Delhi, the EC had removed BJP leader Anurag Thakur and Parvesh Sahib Singh Verma from the party’s list of star campaigners. The decision was taken after Thakur encouraged the crowd at a rally to chant “desh ke gaddaron ko goli maaro… (gun down traitors)”, and Singh, in an interview, claimed that the Shaheen Bagh protesters could “enter homes and rape sisters and daughters”.

Appearing for Kamal Nath, Senior Advocate Kapil Sibal said the Commission had not issued any notice to the Congress leader before passing the order.

In his plea, Nath said the poll panel’s October 30 order, “based on a complaint by Bharatiya Janata Party against a speech delivered on 13.10.2020”, was passed without any notice, without hearing from him.

Nath said the EC had issued him notice on October 21, after a complaint by the BJP, for allegedly violating the Model Code of Conduct at a rally in Dabra, Gwalior, on October 18. This was the day he had made the “item” remark against Imarti Devi, a state minister and the BJP candidate for the Dabra seat.

He replied to this notice on October 22 and the Commission also accorded him a hearing before passing an order on October 26, “advising” him not to use such words during campaigning.

He contended that the EC “had already passed an Order dated 26.10.2020 qua an instance dated 18.10.2020 and therefore, punishing” him “for the same instance is completely in teeth of principles of fair play and res judicata (matter already decided by a competent court and hence not subject to litigation pursued by same parties again)”.

The EC’s October 30 order stated, “for repeated violation of Model Code of Conduct and for completely disregarding the advisory issued to him, the Commission hereby revokes the status of leader of political party (Star Campaigner) of Kamal Nath”.

Nath, however said this “order is illegal, arbitrary, unreasoned, passed in complete violation of basic canons of natural justice and in negation of fair play and therefore, deserves to be quashed”.

He said the EC “has not taken equivalent action against repeated violation of MCC by leaders of Bharatiya Janata Party despite various representations by the Indian National Congress”.