Nitish Kumar By His Side, PM Points To Huge Crowd At Rallies Amid Covid – NDTV 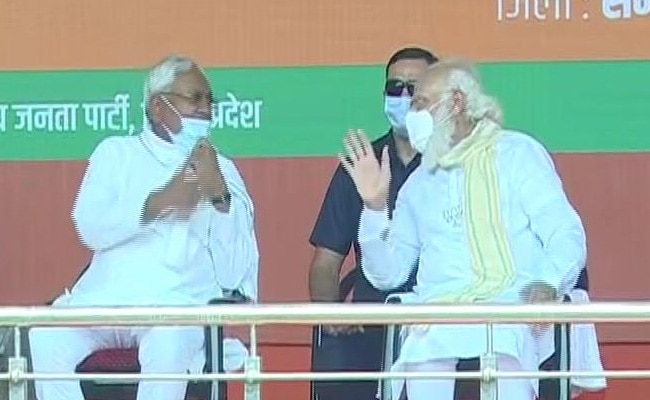 “NDA government is being formed again under the leadership of Nitish Babu,” PM Modi said.

Prime Minister Narendra Modi, sharing stage with Nitish Kumar again today, said it has become clear after the first phase of voting that the “NDA government is being formed again under the leadership of Nitish Babu“, whom he referred to as a “friend”.  Pointing to the “huge crowd” at the NDA rallies, he called it “proof” of the people’s enthusiasm for the NDA rule in Bihar.

Countering the opposition claims that people were flocking to Tejashwi Yadav’s rallies because they were angry with the Nitish Kumar government’s handling of the migrant situation during the lockdown, PM Modi said, “NDA Government has been supporting poor people ever since coronavirus pandemic began”.

“This makes it clear what the results are going to be. In every corner, confidence can be felt…I can see the resolve of a bright future for Bihar turning into reality,” he added at the meeting in Samastipur – a seat held by opposition Rashtriya Janata Dal since 2010 in the second of the day’s four rallies.

The two parties have mostly been conducting separate rallies, and there were few mentions of each other, triggering the opposition claims of dissociation. The claims gathered steam after PM Modi, at his earlier rallies in the state,  sought votes for the NDA and made only cursory references to Nitish Kumar. 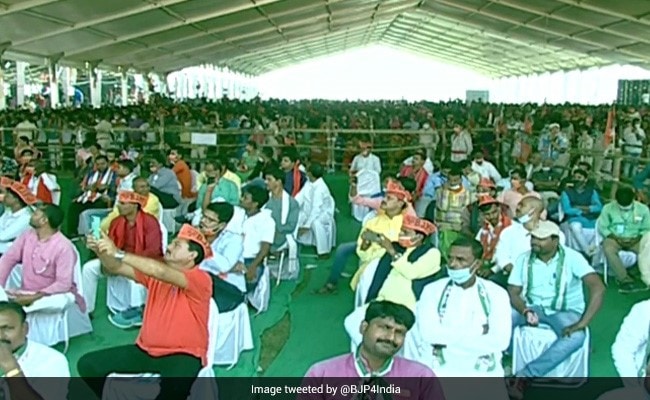 Pointing to the “huge crowd” at the NDA rallies, PM Modi called it “proof” of the people’s enthusiasm for the NDA rule in Bihar.

The undercurrent has even drawn barbs from the Lok Janashakti Party’s Chirag Paswan, an NDA ally who is contesting solo in this election for what he called a “Nitish-mukt Bihar”.

The 37-year-old has even accused Mr Kumar of suffering from insecurity following speculation that the BJP is backing for his rebellion.

Despite multiple reassurances by the BJP, “the Chief Minister is not satisfied”, he had said.

Asked if the confusion deepened over Prime Minister Narendra Modi’s silence on the issue, he said, “I think Nitish Kumar was eagerly waiting for PM, as he wanted know what he will say here”.