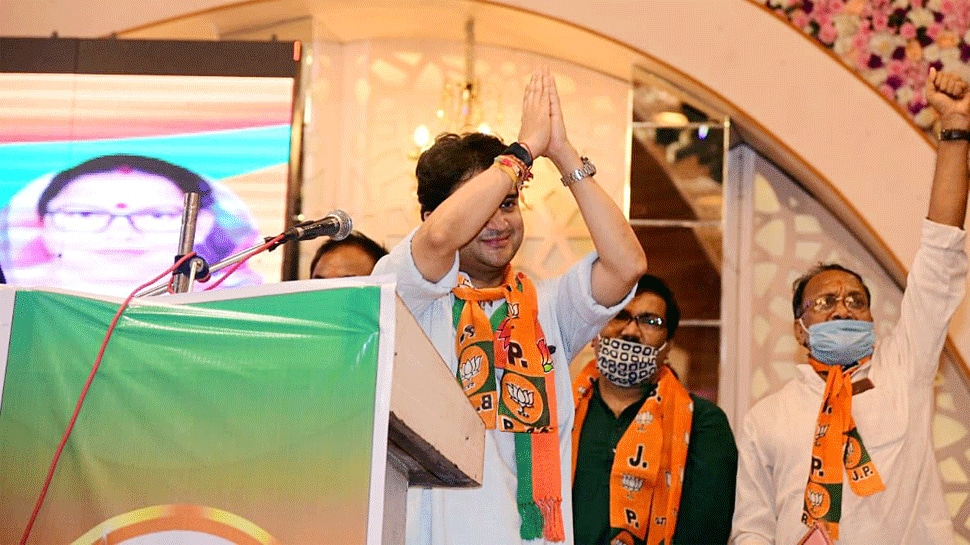 In a slip of tongue, BJP MP Jyotiraditya Scindia on Saturday (October 31) urged the people to vote for the Congress while campaigning for BJP’s Imarti Devi.

The video of the incident, which has now gone viral, shows Scindia appealing to the crowd to press the “hand” symbol in the bypolls scheduled in Madhya Pradesh on November 3.

It is to be noted that Scindia had quit the Congress in March 2020 and 22 of his loyal MLAs also left the party with him, leading to the collapse of the Congress government in Madhya Pradesh.

The Madhya Pradesh Congress took a swipe at Scindia and tweeted, “Scindia ji, the people of Madhya Pradesh assure you that they will hit the hand symbol on November 3.”

Meanwhile, the Election Commission on Saturday barred Imarti Devi from campaigning on the last day of campaigning for violating the poll code.

“The Commission under Article 324 of the Constitution of India and all other powers enabling in this behalf, also bars Imarti Devi, from holding, anywhere in Madhya Pradesh, any public meetings, public processions, public rallies, road shows and interviews, public utterances in media (electronic, print, social media) , in connection with ongoing elections for one day on 1 November,” the order by the poll panel read.

Stan Swamy, 83, waits as the buck is passed on his sipper and straw – The Indian Express