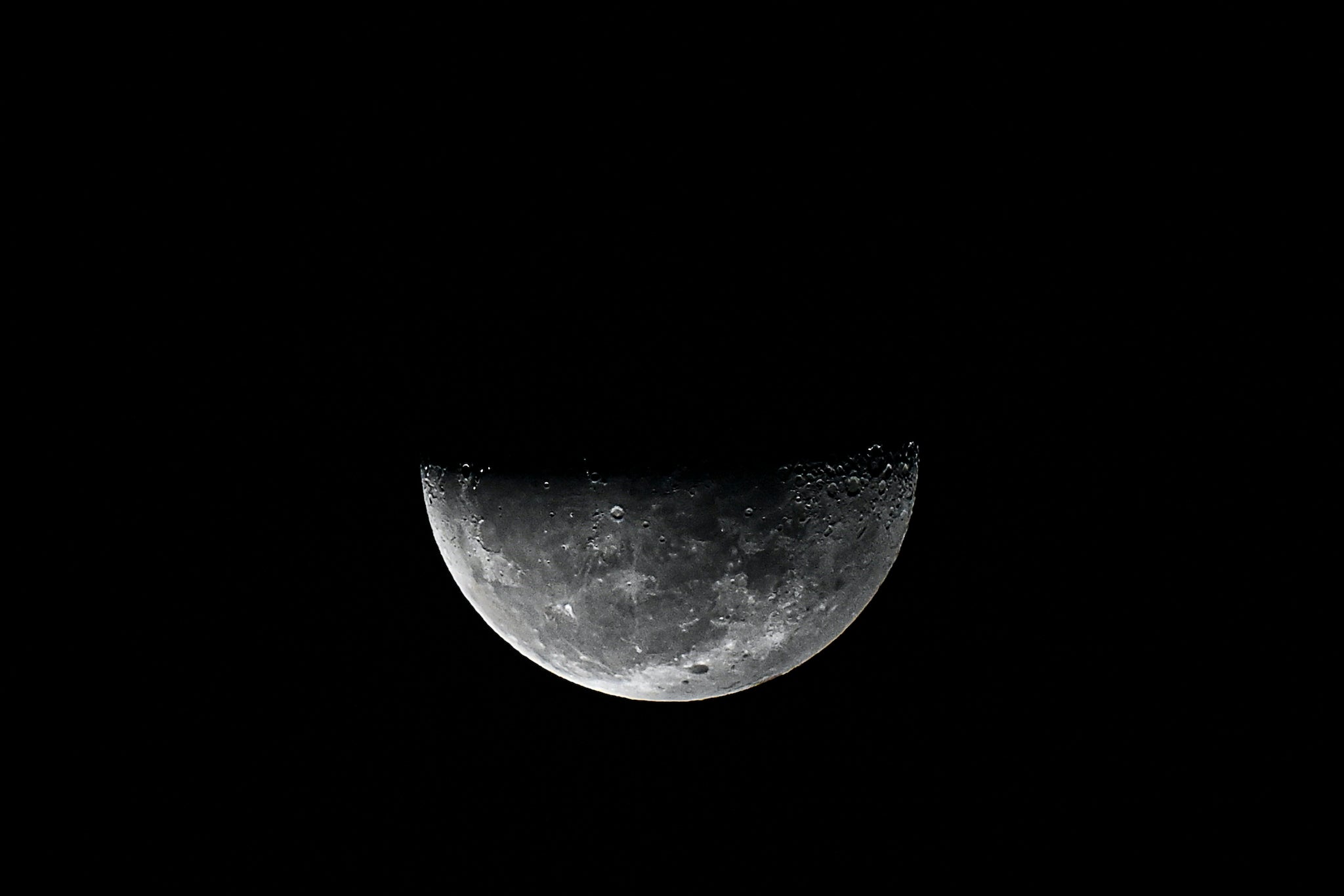 Water has been definitively found on the Moon, Nasa has said, and there are a set of “water traps” that could hold it stably.

The research suggests that water could be distributed right across the lunar surface, not just trapped in the cold, shadowed parts of the Moon.

The discovery is a major breakthrough in the mission to explore the rest of the solar system, as well as giving a better understanding of the lunar surface.

It also raises new questions about how exactly the water got there, and how it is able to survive the harsh conditions on the Moon.

It could, for instance, be trapped in “glass beads” on the surface that form when micrometeorites crash into the Moon and melt a part of the lunar surface, either forming water or capturing it in the beads as it does.

Scientists had previously thought that any water on the sunlit side of the Moon would immediately be lost. But it appears that it is in fact present, and not just on the parts that are shaded from the sun.

Researchers had previously found evidence of hydration on the lunar surface. But it was unclear whether that hydrogen was in the form of hydroxyl – the chemical that makes up drain cleaners – or in the form of H2O, or water.

Now scientists have found unambiguously that there is a water on the surface.

“We had indications that H2O – the familiar water we know – might be present on the sunlit side of the Moon,” said Paul Hertz, director of the Astrophysics Division in the Science Mission Directorate at NASA Headquarters in Washington.

“Now we know it is there. This discovery challenges our understanding of the lunar surface and raises intriguing questions about resources relevant for deep space exploration.”

That could be used for humans who travel to the Moon and create a permanent lunar base there, as Nasa hopes to. It could also help create fuel to travel elsewhere in the solar system.

Nasa hopes to head to the Moon in 2024, taking the first person in more than 50 years and the first woman ever to step foot on the lunar surface. By the end of the decade, it wants to have established a “sustainable human presence” on the Moon.

Water is critical for exploring space: not just as a fuel or drinking, but it can also be turned into oxygen to breathe. But it is heavy, and therefore very expensive to be carried into space on a rocket, and so finding it on the Moon could make space travel significantly cheaper and easier.

“Water is a valuable resource, for both scientific purposes and for use by our explorers,” said Jacob Bleacher, chief exploration scientist for NASA’s Human Exploration and Operations Mission Directorate.

“If we can use the resources at the Moon, then we can carry less water and more equipment to help enable new scientific discoveries.”

Scientists still don’t know exactly where the water is being stored on the Moon, or if it can be used at all. They said the new discovery is just the beginning of future research that will involve exploring the state and location of the water on the surface.

“Without a thick atmosphere, water on the sunlit lunar surface should just be lost to space,” said Casey Honniball,  the lead author, who published the results from her graduate thesis work at the University of Hawaii at Mānoa in Honolulu. “Yet somehow we’re seeing it. Something is generating the water, and something must be trapping it there.”

Researchers suggest that in some cases tiny patches of ice might exist in permanent shadows no bigger than a penny.

They explored phenomena on the moon called cold traps, which are shadowy regions of the surface that exist in a state of eternal darkness.

It is thought that many have gone without a single ray of sunlight for potentially billions of years.

Now scientists say there may be a lot more of these nooks and crannies than previous data suggests.

Paul Hayne, assistant professor in the laboratory of atmospheric and space physics at University of Colorado Boulder, said: “If you can imagine standing on the surface of the moon near one of its poles, you would see shadows all over the place.

“Many of those tiny shadows could be full of ice.”

According to scientists, these might be reservoirs capable of preserving water via ice.

Prof Hayne added: “If we’re right, water is going to be more accessible for drinking water, for rocket fuel, everything that Nasa needs water for.”

In one of two papers published in Nature Astronomy, Casey Honniball, from the University of Hawaii, and colleagues analysed data from the Stratospheric Observatory for Infrared Astronomy (Sofia) airborne telescope that observed the moon at six micrometres.

At this wavelength, they were able to detect a spectral signature of water that is not shared with other hydroxyl compounds.

They found water is present at high southern latitudes.

The observations arose from something of a test observation, to see whether Sofia could examine the Moon. The flying observatory is usually used to look deeper into space, and it was not clear that it could even see the lunar surface properly since it is so close and bright.

“It was, in fact, the first time SOFIA has looked at the Moon, and we weren’t even completely sure if we would get reliable data, but questions about the Moon’s water compelled us to try,” said Naseem Rangwala, SOFIA’s project scientist at NASA’s Ames Research Center in California’s Silicon Valley, in a statement.

“It’s incredible that this discovery came out of what was essentially a test, and now that we know we can do this, we’re planning more flights to do more observations.”

In the other study, Prof Hayne assessed a whole range of possible sizes for cold traps, down to one centimetre in diameter.

The team found that small-scale micro cold traps – some just 1cm wide – are hundreds to thousands of times more numerous than larger cold traps, and they can be found at both poles.

The authors suggest that approximately 40,000 square km of the lunar surface has the capacity to trap water.

Researchers say the findings indicate water is efficiently produced or delivered on the moon by various processes, and is likely to be stored in the moon’s cold traps at both polar region.

The team pulled data from real-life observations of the moon, then used mathematical tools to recreate what its surface might look like at a very small scale.

They say it is a bit like a golf ball.

However the researchers caution that they cannot prove these shadows actually hold pockets of ice, and the only way to do that would be to go there in person or with rovers and dig.

But they say the results are promising, and future missions could shed even more light on the moon’s water resources.

Prof Hayne said: “Astronauts may not need to go into these deep, dark shadows.

“They could walk around and find one that’s a metre wide and that might be just as likely to harbour ice.”

We Don’t Use Our Thumbs the Way Neanderthals Did – Newser