Rising about 550 yards in the Great Barrier Reef, it’s the first to be discovered in more than a century.

“To find a new half-a-kilometer tall reef in the offshore Cape York area of the well-recognized Great Barrier Reef shows how mysterious the world is just beyond our coastline,” Dr. Jyotika Virmani, executive director of Schmidt Ocean Institute, said in a statement.

A team of scientists discovered it Oct. 20 while mapping the seafloor of the northern Great Barrier Reef.

The scientists then live-streamed a dive Sunday using an underwater robot named SuBastian, which started at the base of the reef and climbed its way up until it summited about 131 feet underwater.

The discovery and exploration of this new detached reef is made possible by innovative technology like SuBastian, which is “outfitted with a suite of sensors and scientific equipment to support scientific data and sample collection, as well as interactive research, experimentation, and technology development.” 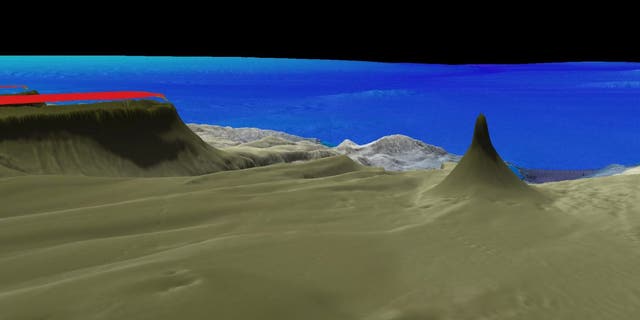 “The state of our knowledge about what’s in the Ocean has long been so limited,” Wendy Schmidt, co-founder of Schmidt Ocean Institute, said in a statement. “Thanks to new technologies that work as our eyes, ears and hands in the deep ocean, we have the capacity to explore like never before. New oceanscapes are opening to us, revealing the ecosystems and diverse life forms that share the planet with us.”

Scientists at the Schmidt Ocean Institute have discovered more than 30 new species this year, including a 147-foot siphonophore that is the longest recorded sea creature ever.