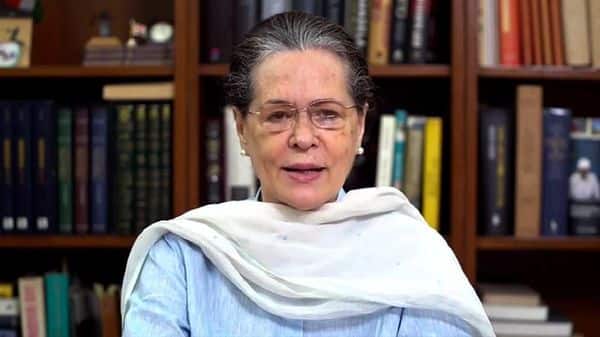 Congress president Sonia Gandhi on Sunday hit out at Prime Minister Narendra Modi led union government over the recent compensation controversy in the GST Council and said that its denial will impact the functioning of state governments. Taking a strong stance, Gandhi said that this could be the ‘first example of economic anarchy’ being spread by the union government.

Gandhi’s comments come in the backdrop of a section opposition parties led states including Congress taking on the centre over the compensation issue and demanding that it should fully borrow the Goods and Services Tax (GST) revenue shortfall amount and compensate states.

“Government of India is now failing to honor even its Constitutional responsibilities. The share of GST compensation is being denied to the States. How will the State Governments help our people, if GOI (Government of India) was to renege on its Constitutional obligations? This must be a first example of economic anarchy being spread by the Central Government,” Gandhi said while addressing a meeting of party’s general secretaries and incharges on Sunday.

The central government had last week said it will borrow under a special Reserve Bank of India (RBI) window and lend the money to states that opt for debt to bridge their revenue gap this fiscal arising from the indirect tax reform three years ago. The borrowings will show as debt in the books of states and the centre’s fiscal deficit will be unaffected.

So far, 21 states and two Union territories—Delhi and Jammu and Kashmir—have opted for this option to bridge their GST revenue shortfall this year. Dissenting states like Kerala which had earlier said they could opt for a legal recourse, after have now indicated that the centre should clear how much compensation is to be deferred till 2023 so that a consensus can be met in the Council over the issue.

“Bharatiya Janata Party (BJP) government has simultaneously demolished our economy, built painstakingly by the hard work of fellow Indians and the vision of successive Congress governments. Never has the country witnessed such a free-fall in GDP as also all other economic indices. Today, the young have no jobs,” she added.

Last month, Gandhi had asked all Congress ruled states to pass bills which could circumvent implementation of the recently passed three farm bills. On Sunday, she reiterated that the centre’s move was anti-farmer. Her statement comes just a day ahead of Captain Amarinder Singh, Punjab chief minister, expected to take lead by passing a bill to negate the central laws in the state’s assembly on Monday.

“The current BJP government has attacked the very foundation of our resilient agrarian economy by bringing in three anti-agriculture Black Laws. A conspiracy has been hatched to defeat the gains of ‘Green Revolution’. Lives and livelihoods of crores of farm laborers, lease hold farmers, small and marginal farmers, toiling laborers and small shopkeepers are under attack,” Gandhi added.

This was the first meeting that Gandhi took of party’s top leaders ever since the top decision-making body – Congress Working Committee (CWC) – and office bearers saw an overhaul last month dropping some of the veteran leaders and adding new faces to the list. She was briefly abroad for health checkup.

“In the meeting, the party’s future course of action on the anti-farmer, anti-women, anti-labour and anti-poor policies and actions of the BJP led Central Government and State governments was discussed,” Congress’ general secretary incharge of organization K C Venugopal said in a statement while detailing programmes being organized particularly involving party’s protests to the farm laws.

India’s tour of Australia: Rohit Sharma misses out due to injury, Rahul and Siraj selected for Tests – The Hindu

India, US to ink pact for geospatial intelligence, will help in missile-targeting & navigation – Times of India